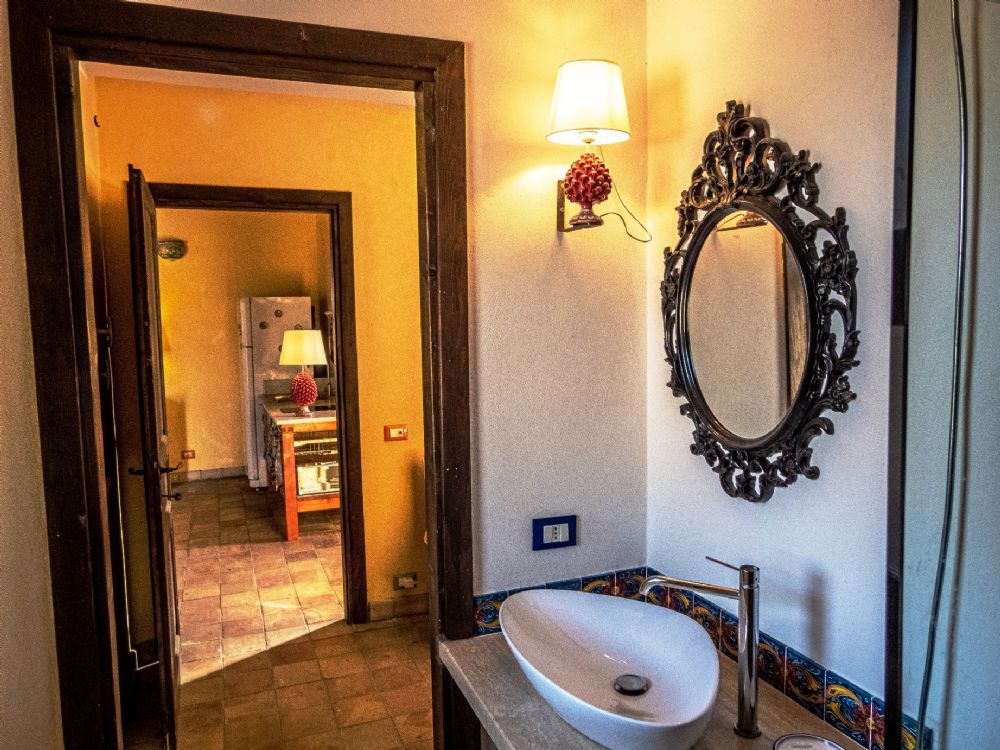 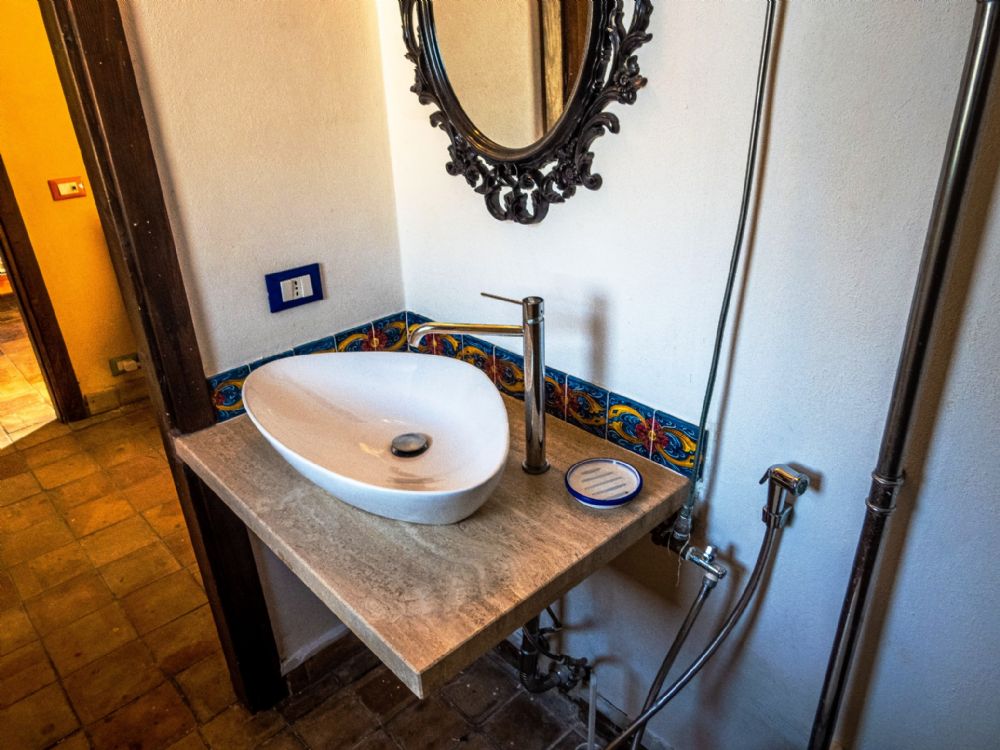 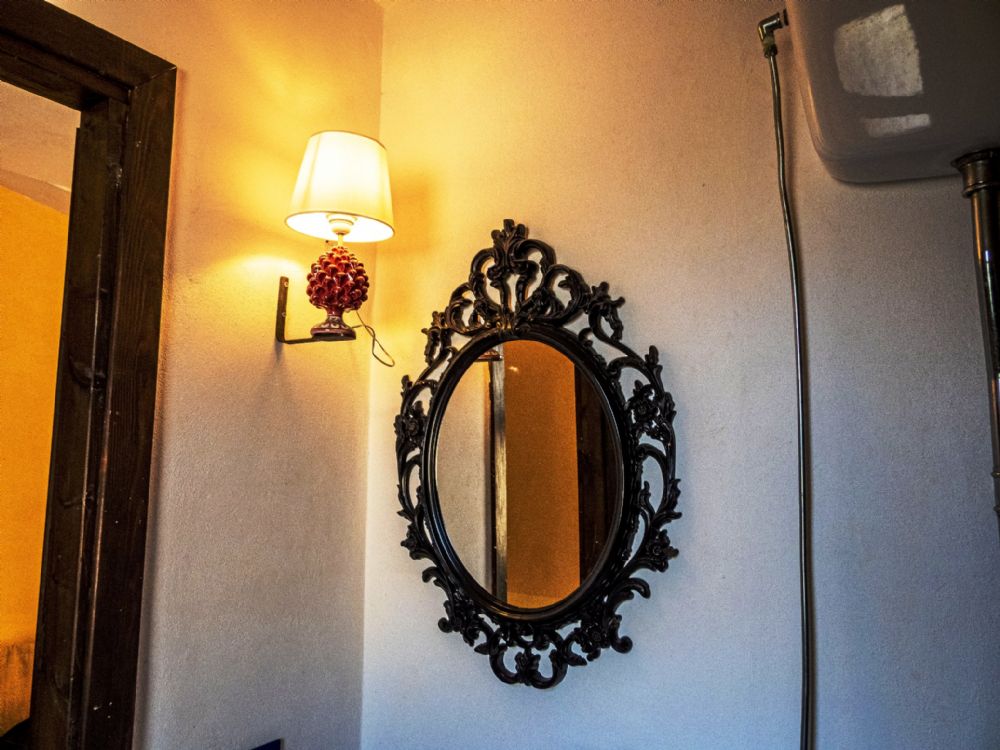 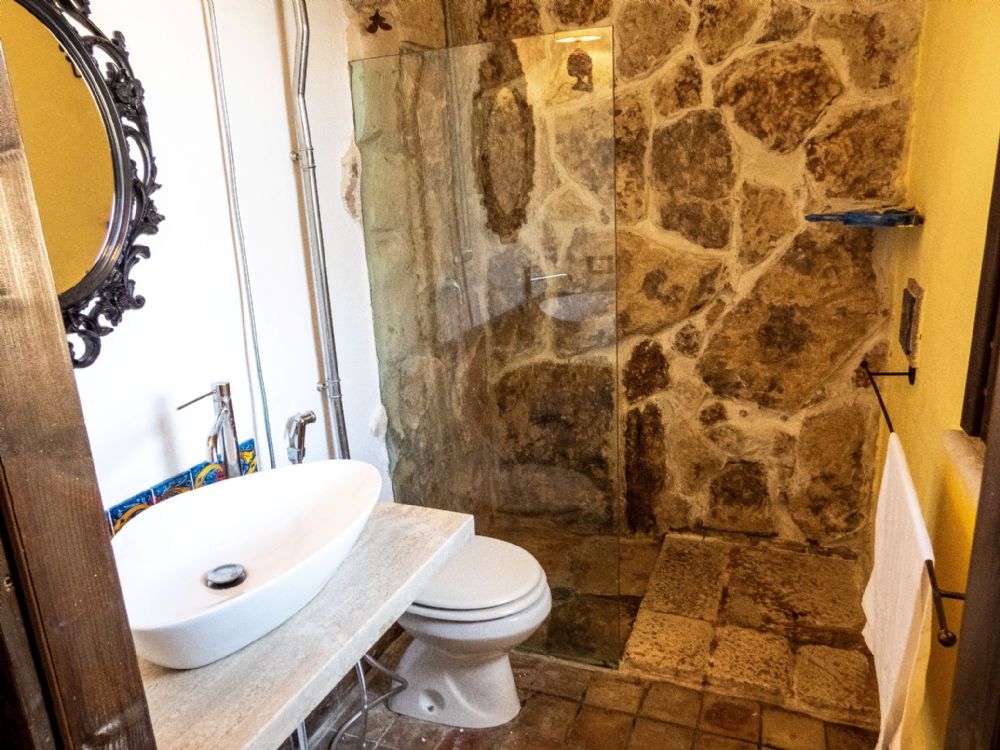 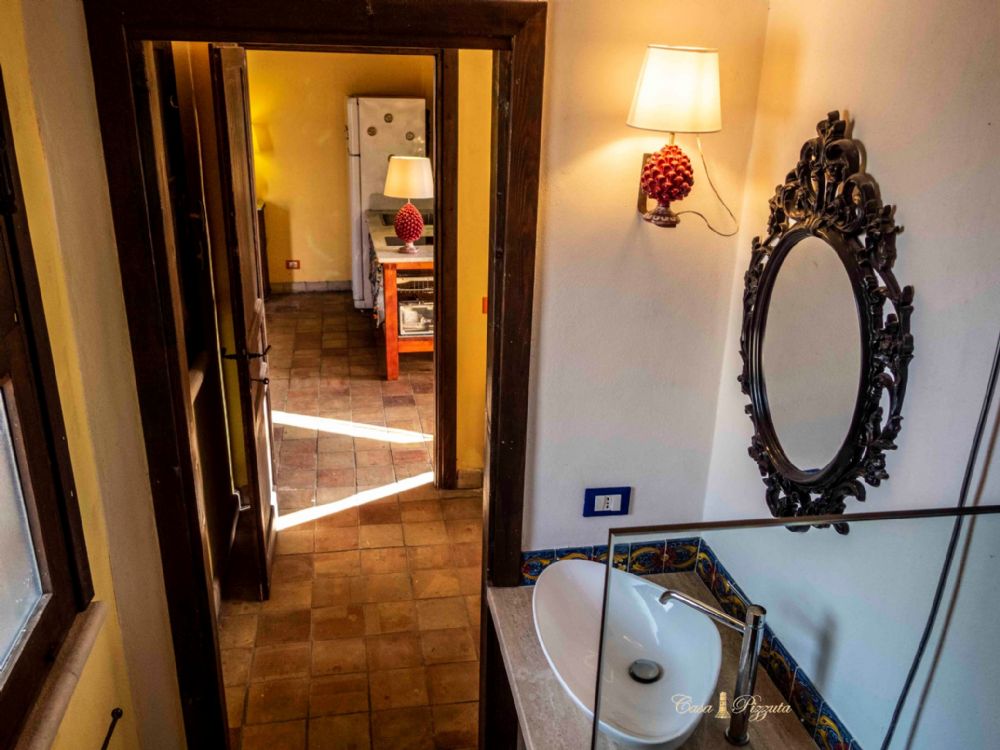 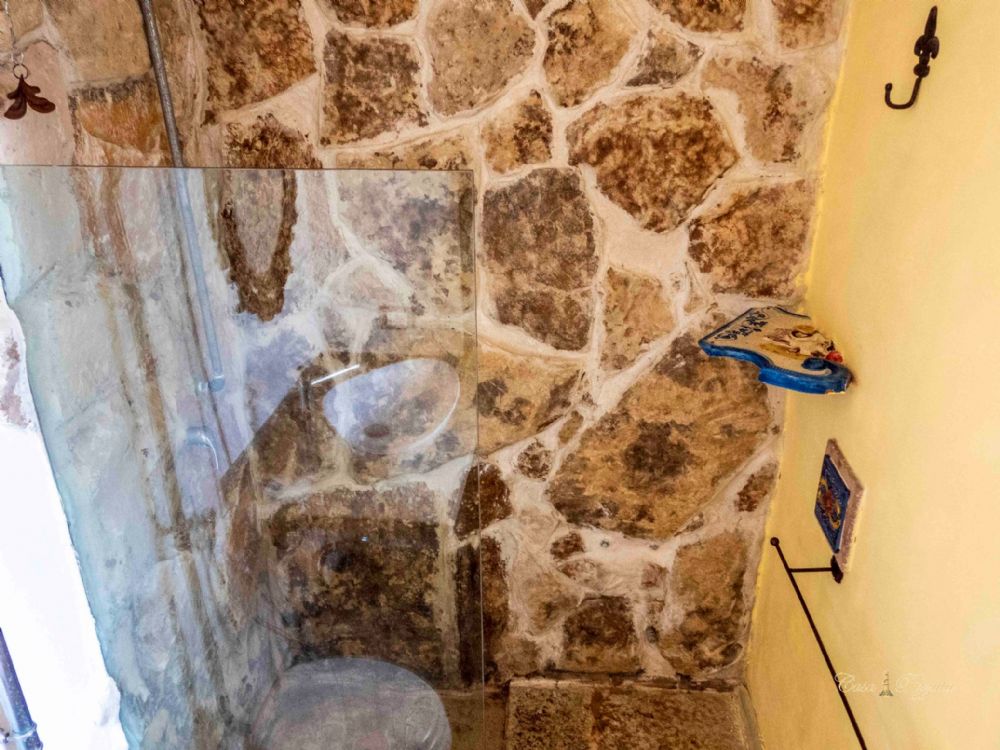 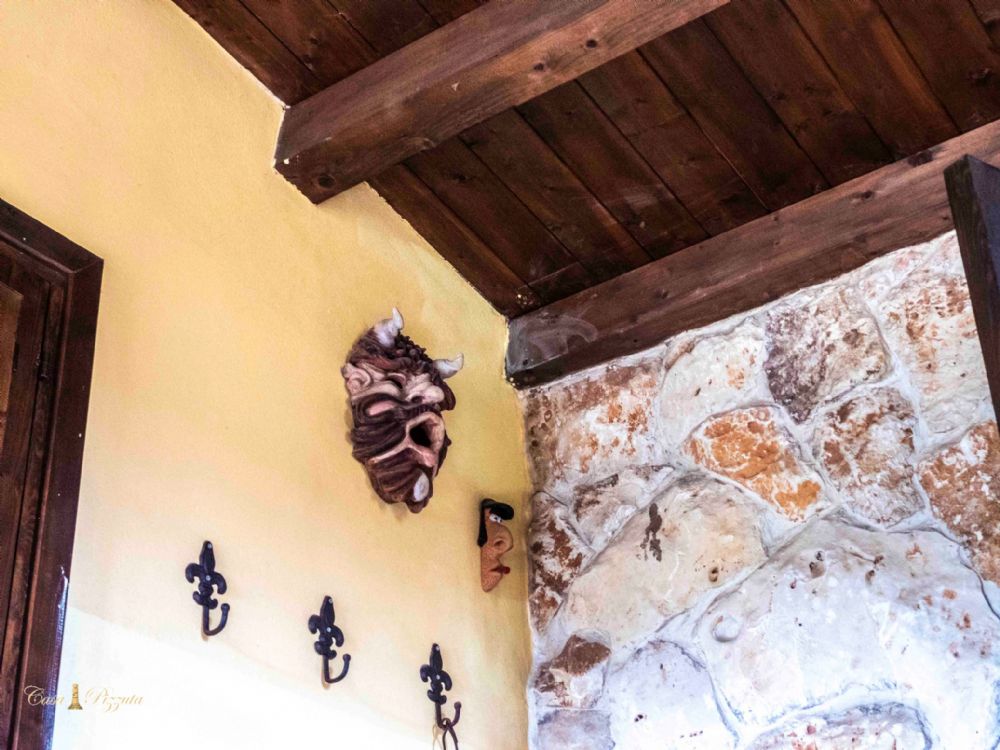 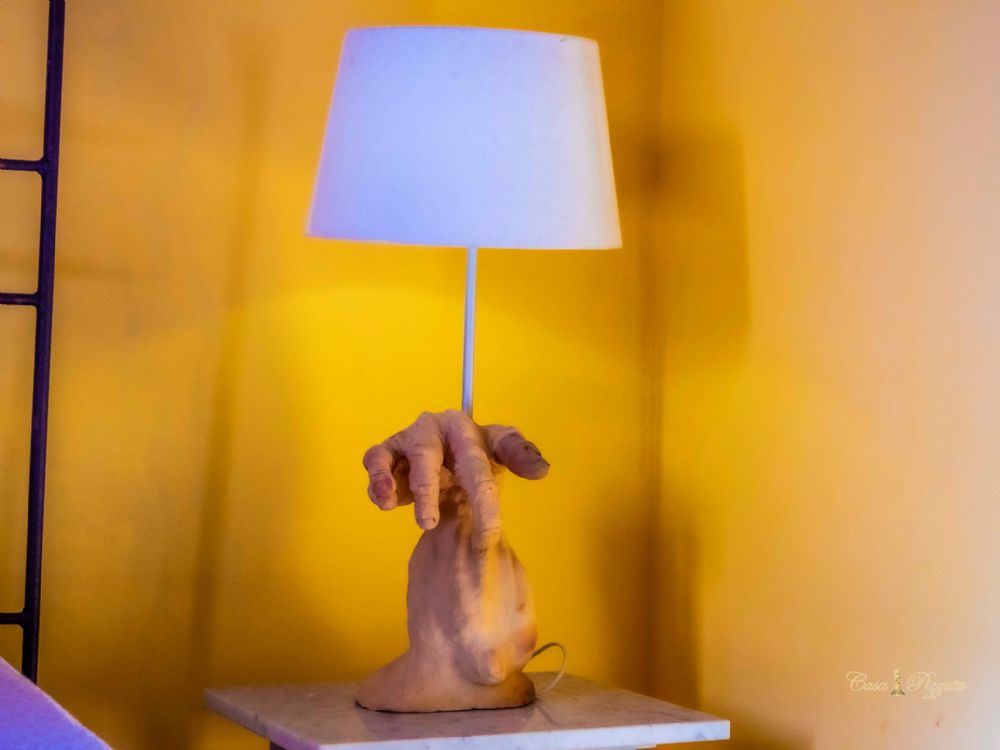 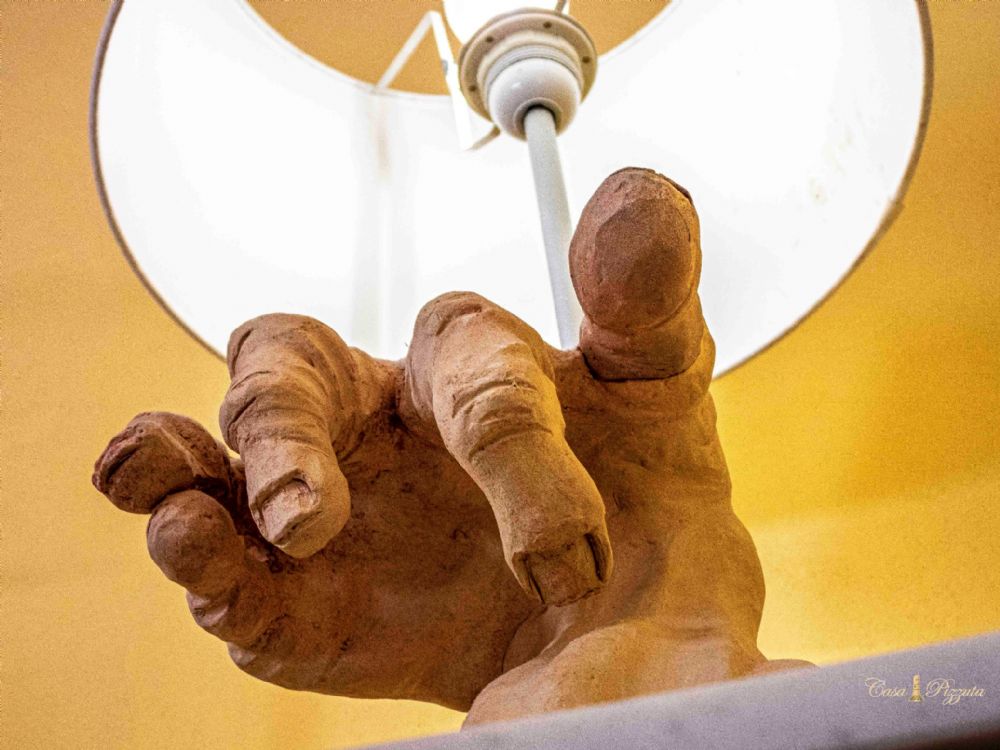 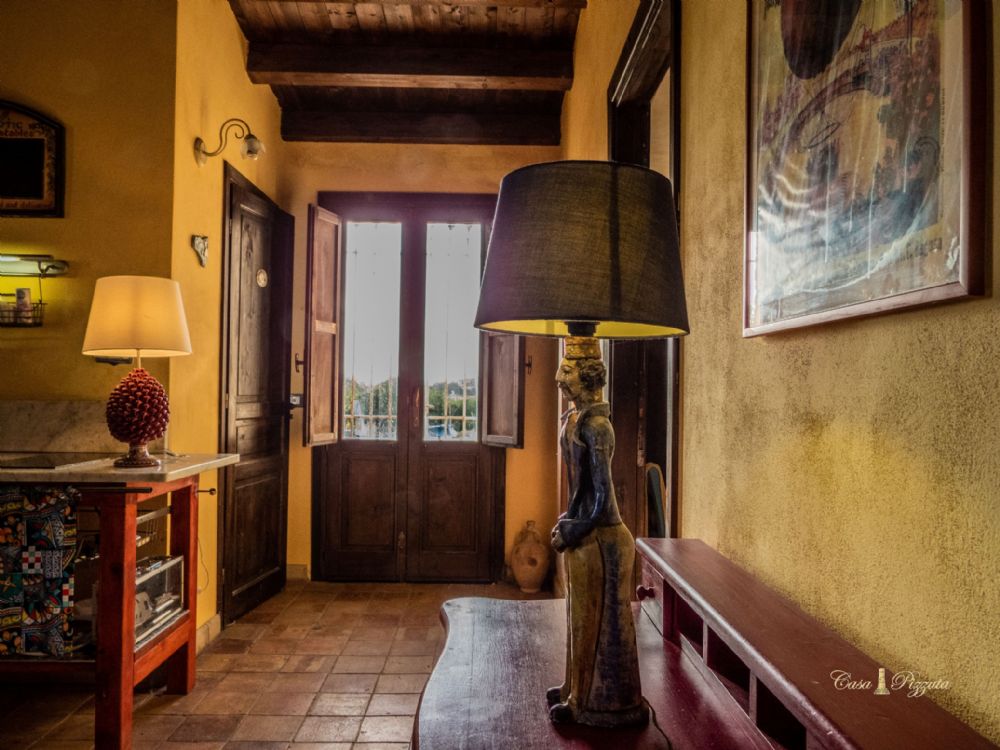 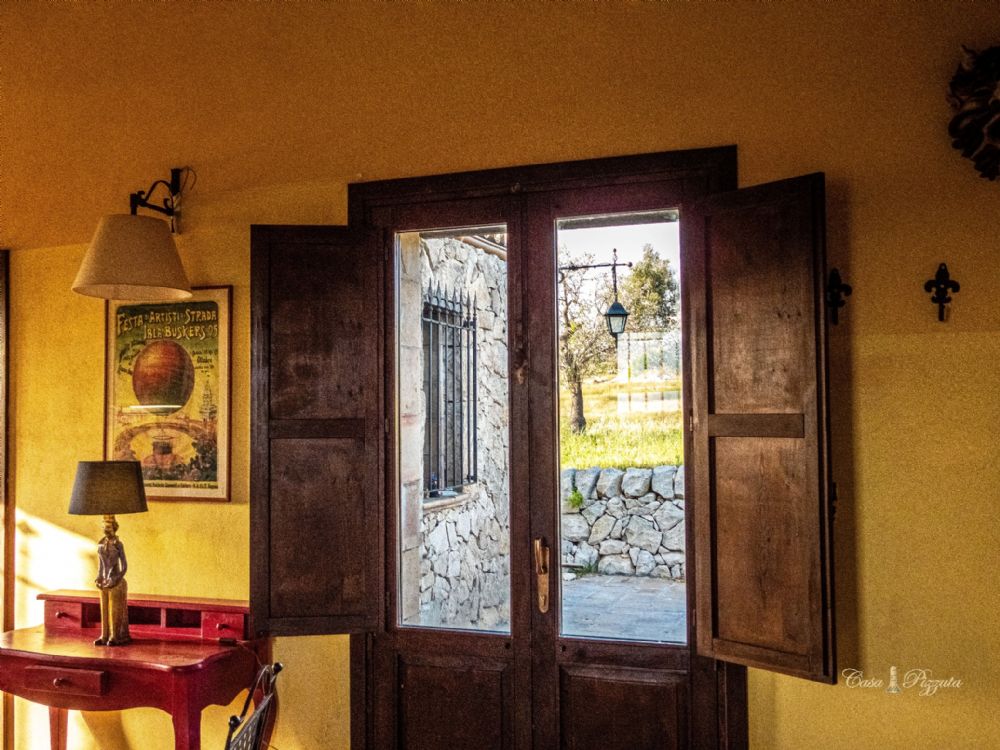 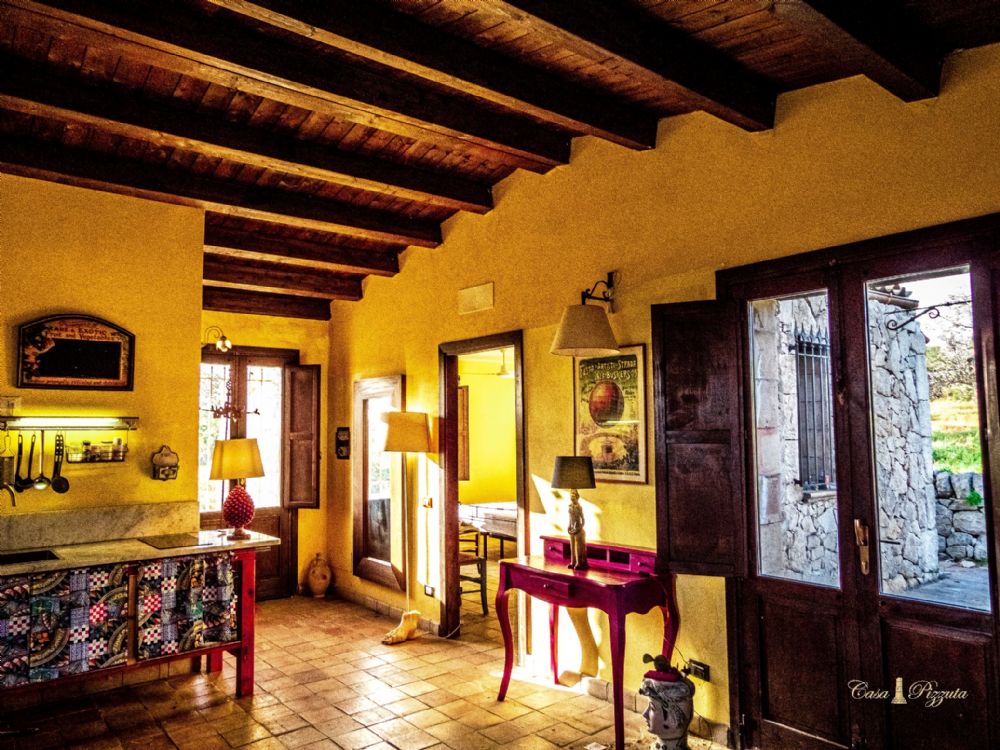 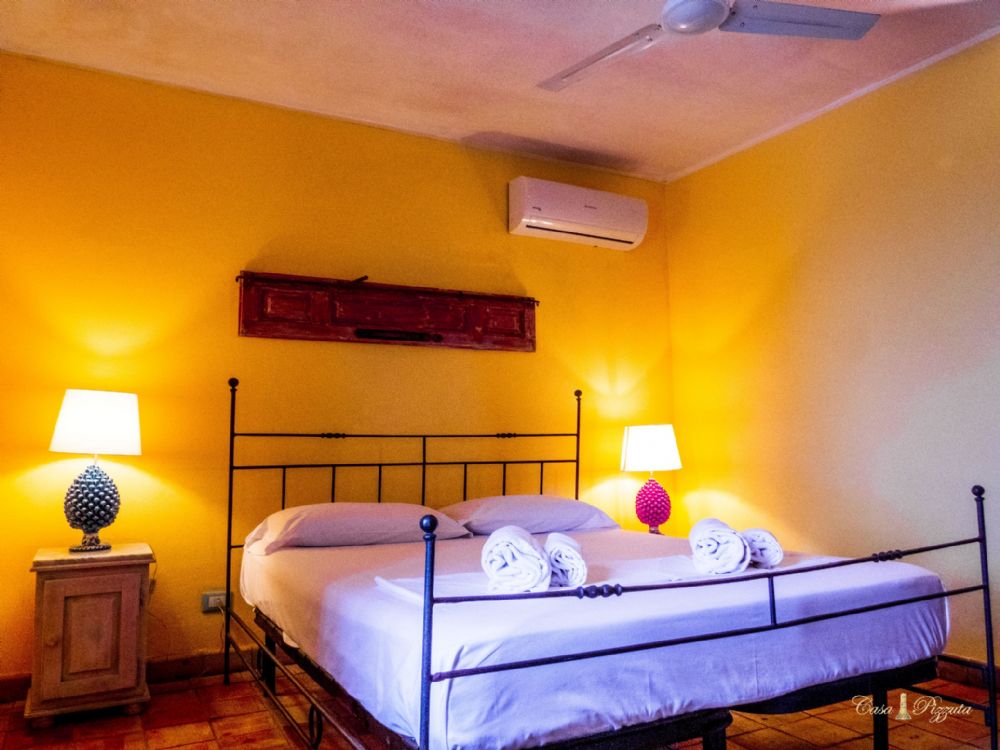 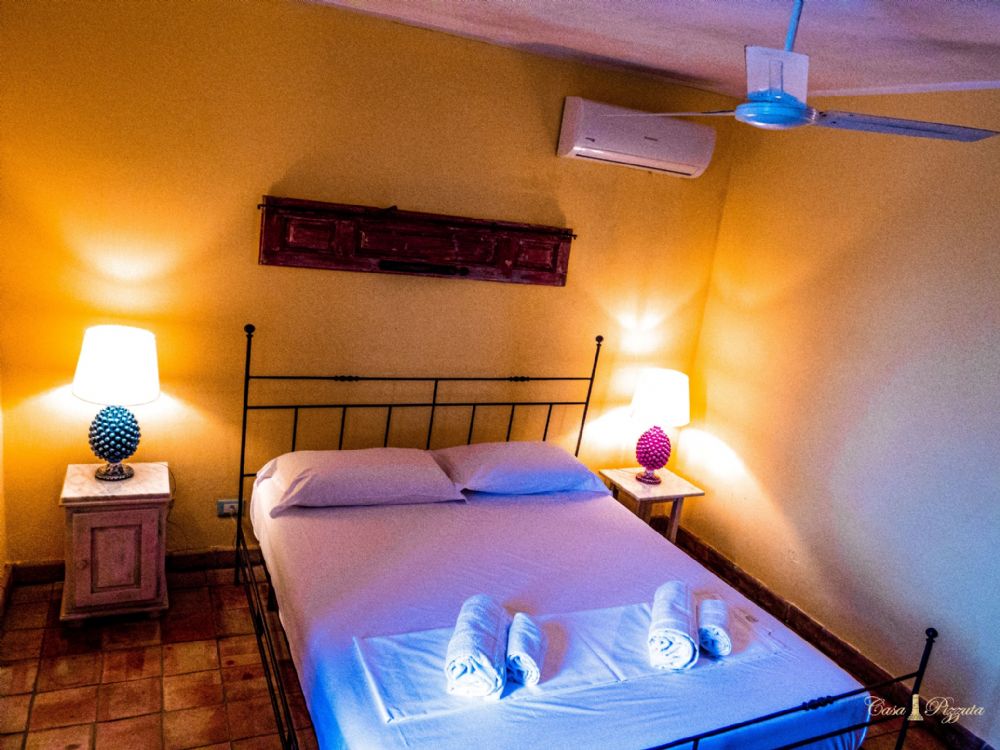 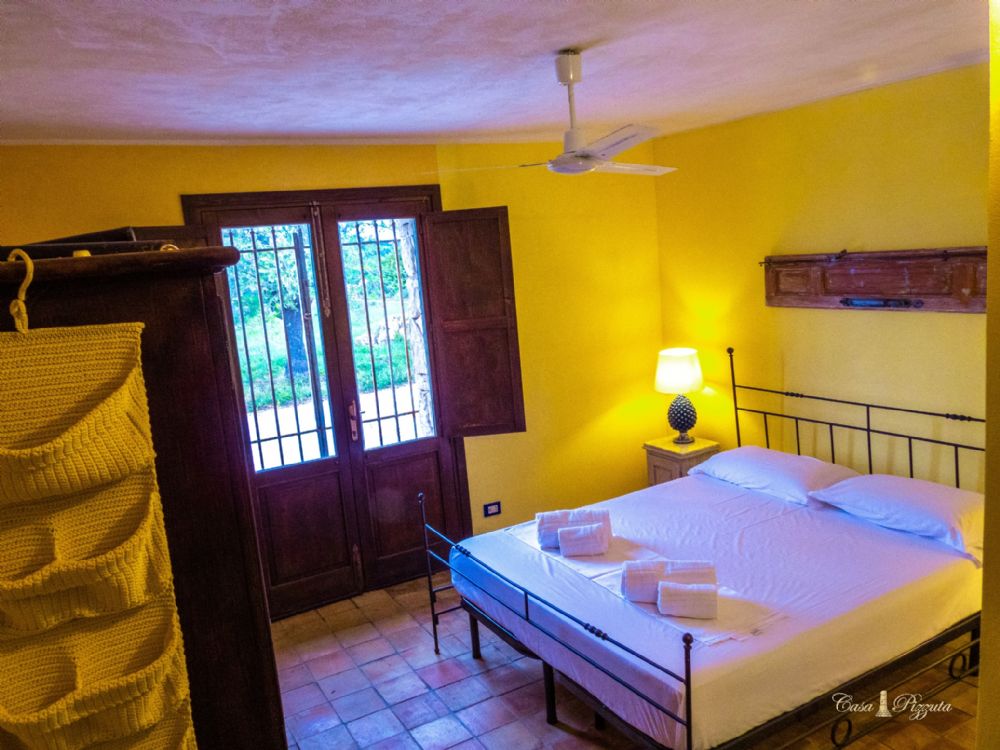 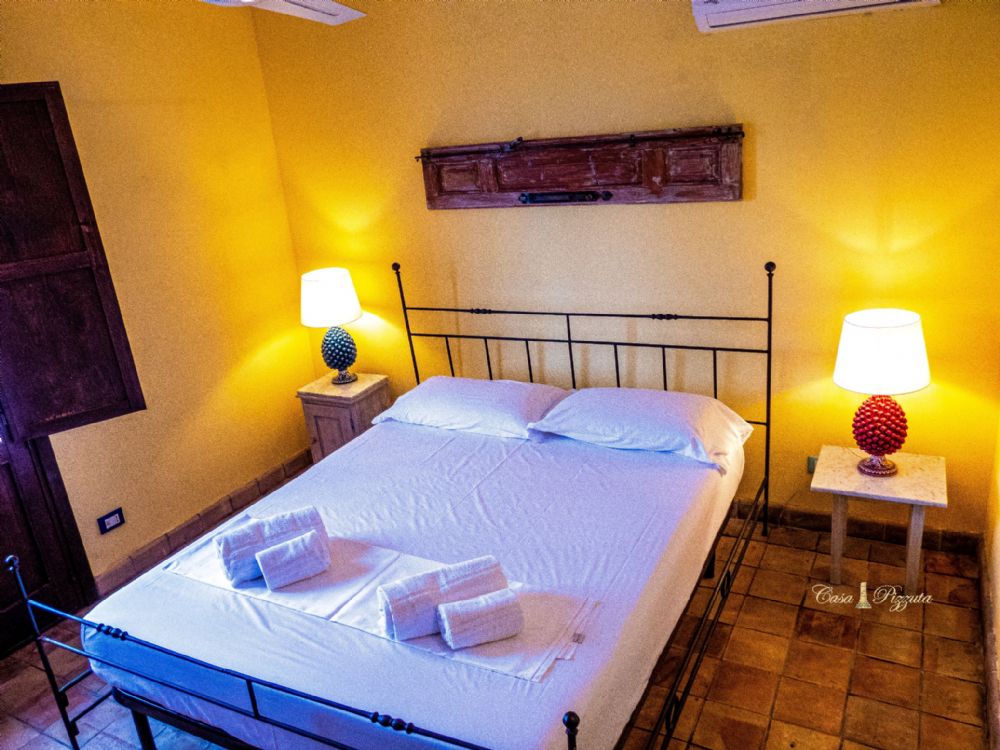 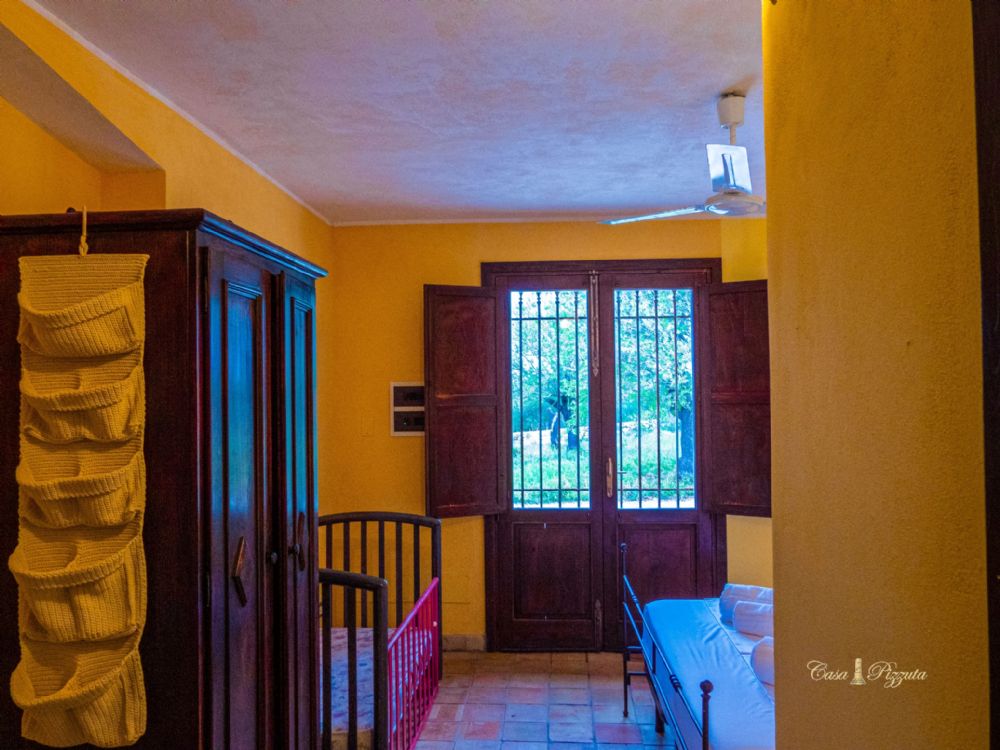 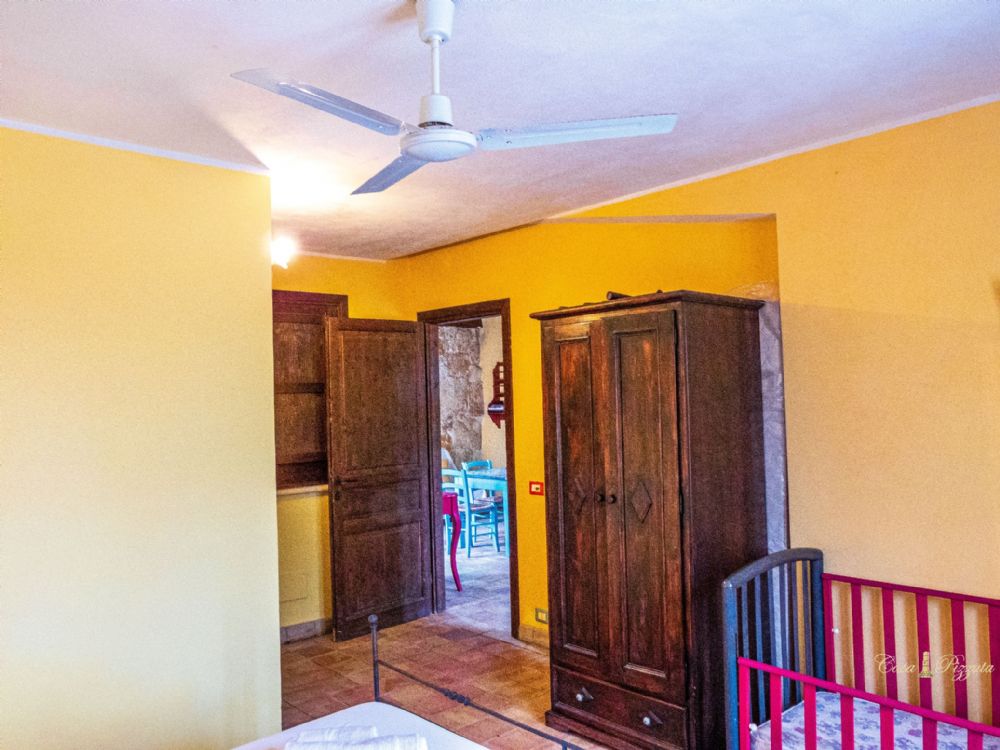 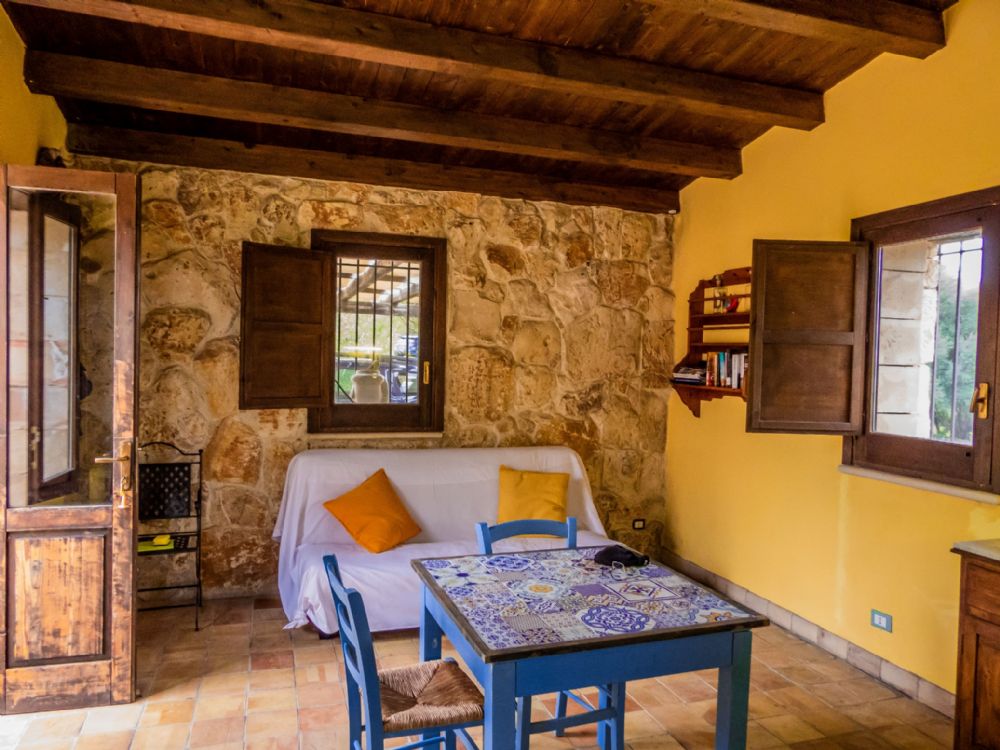 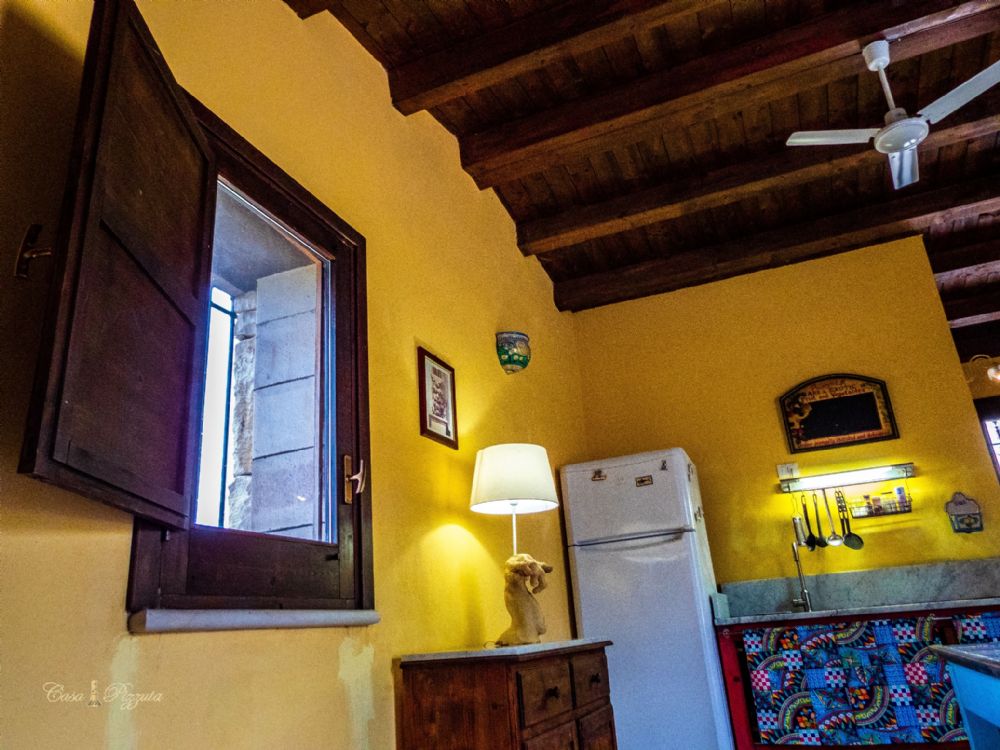 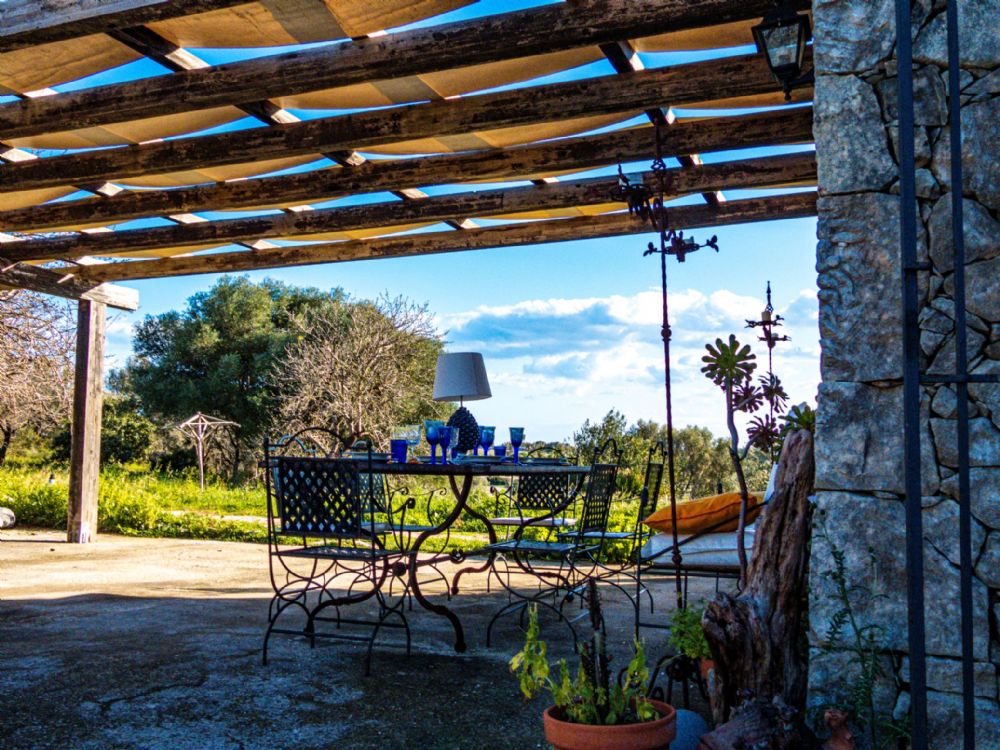 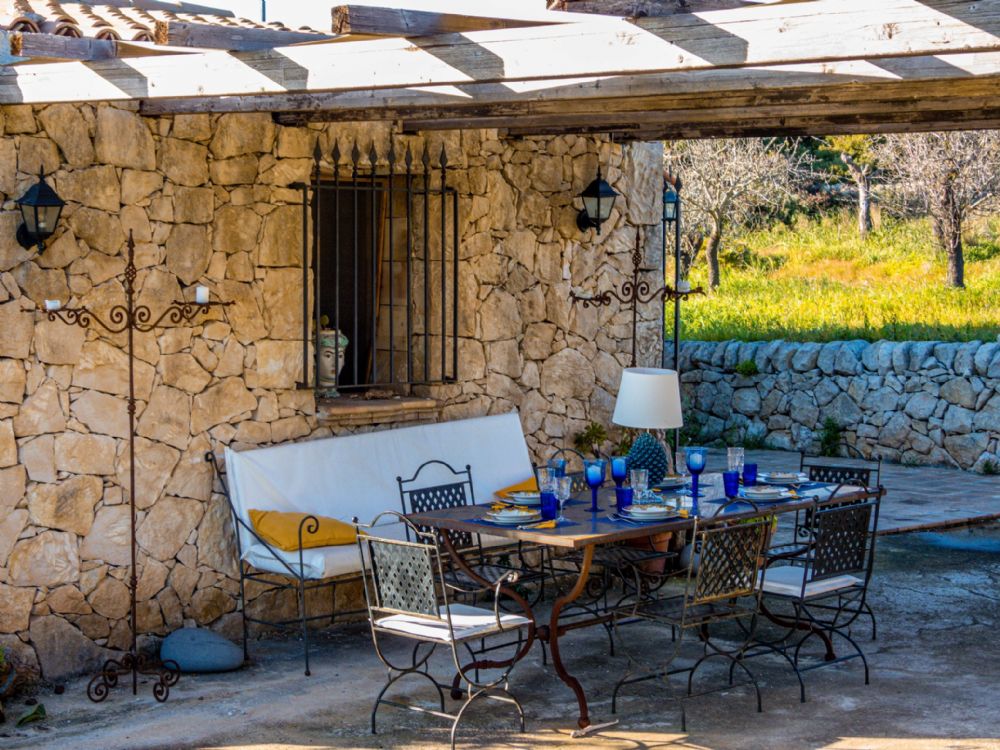 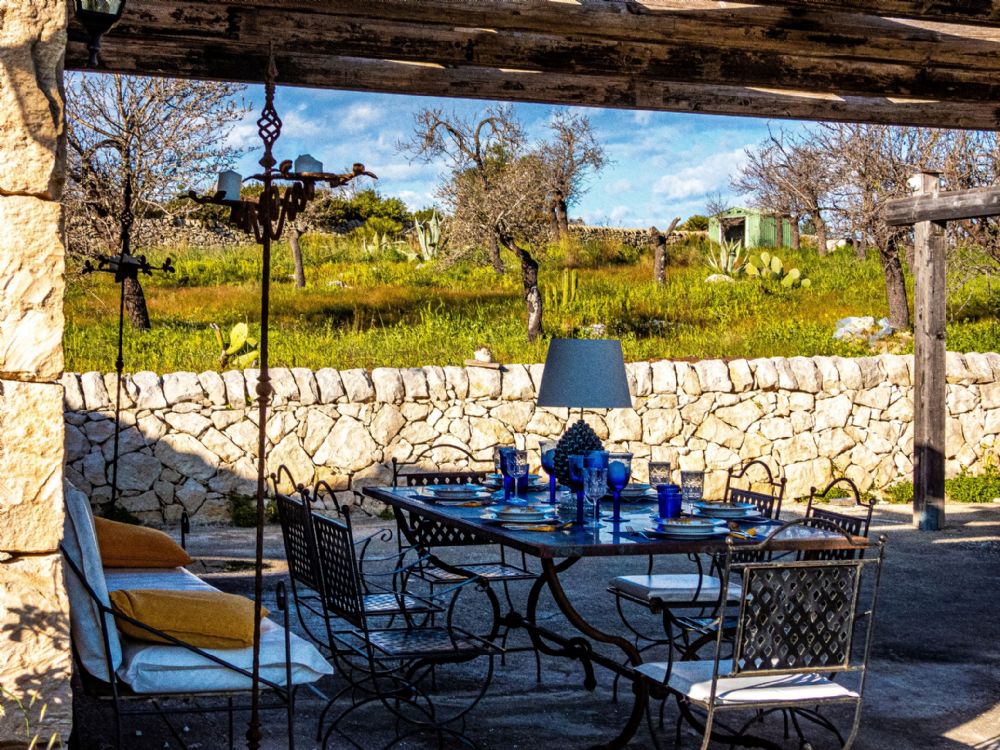 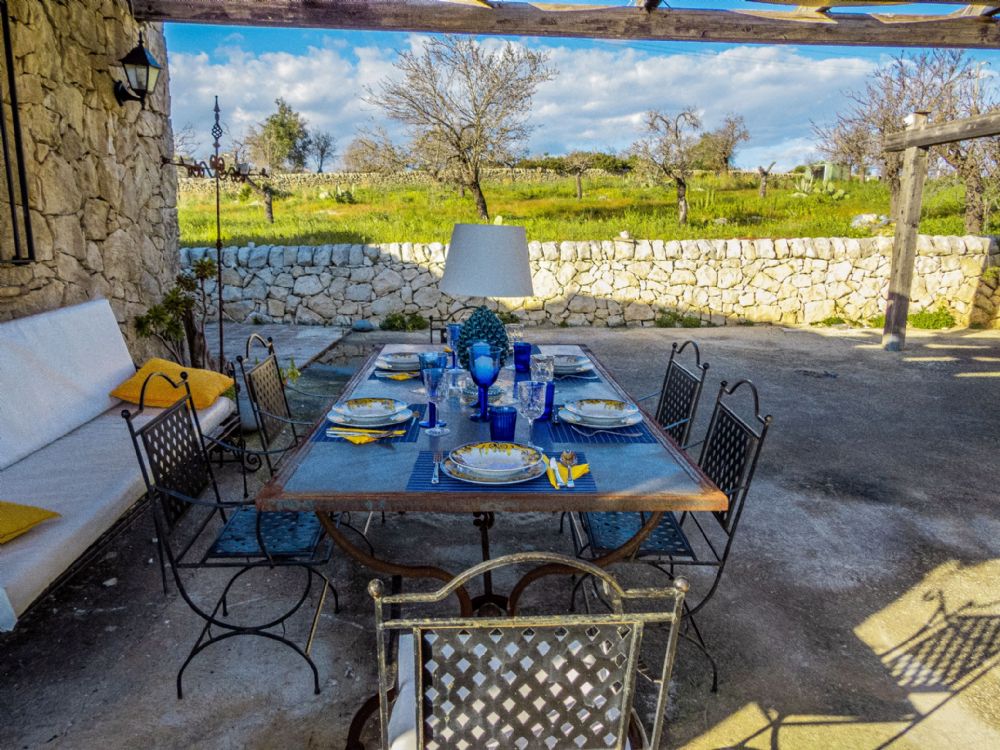 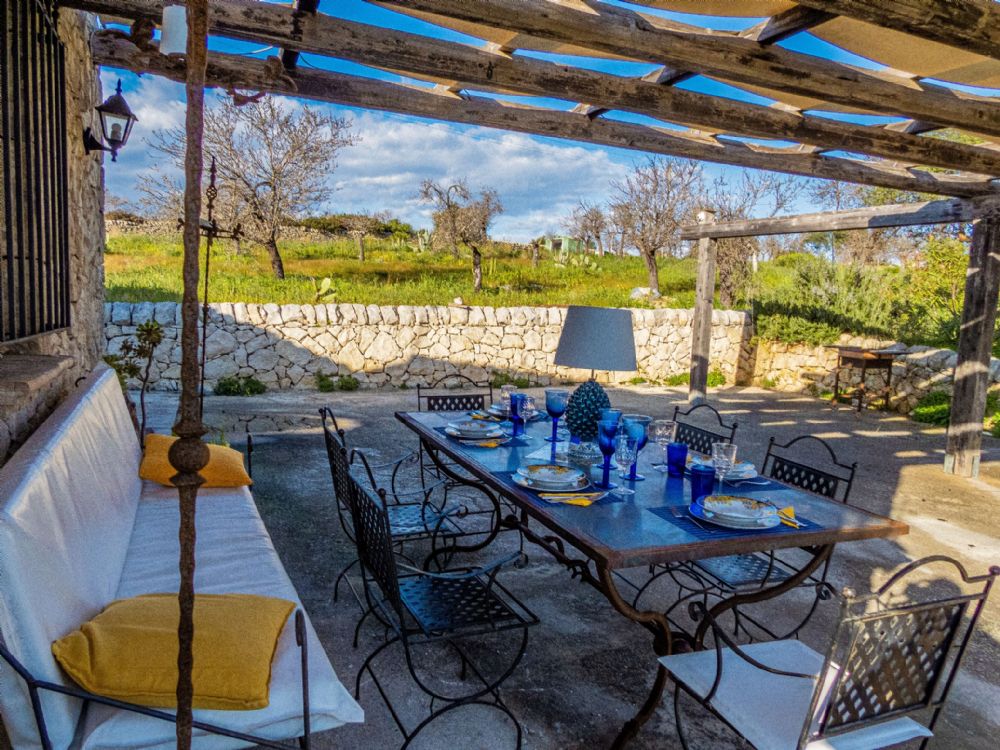 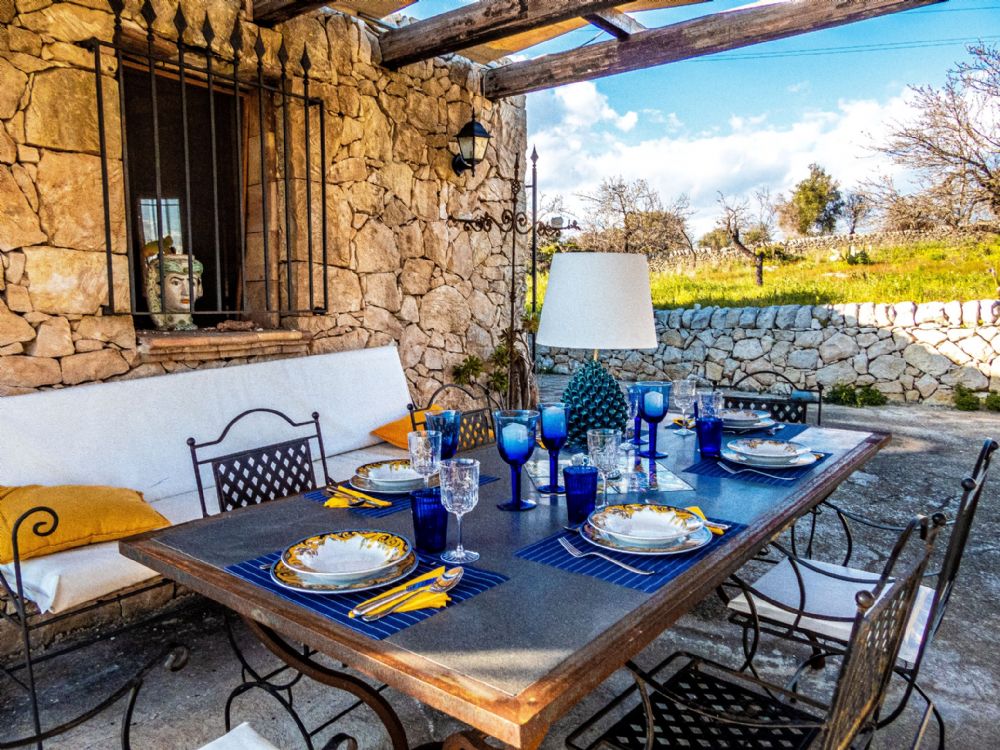 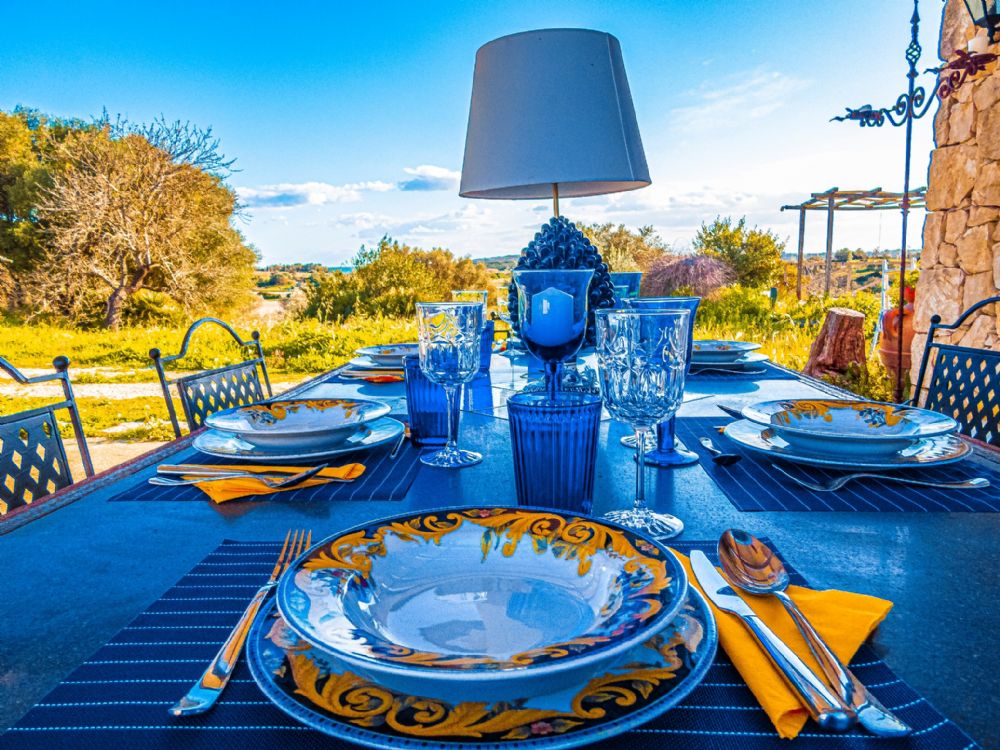 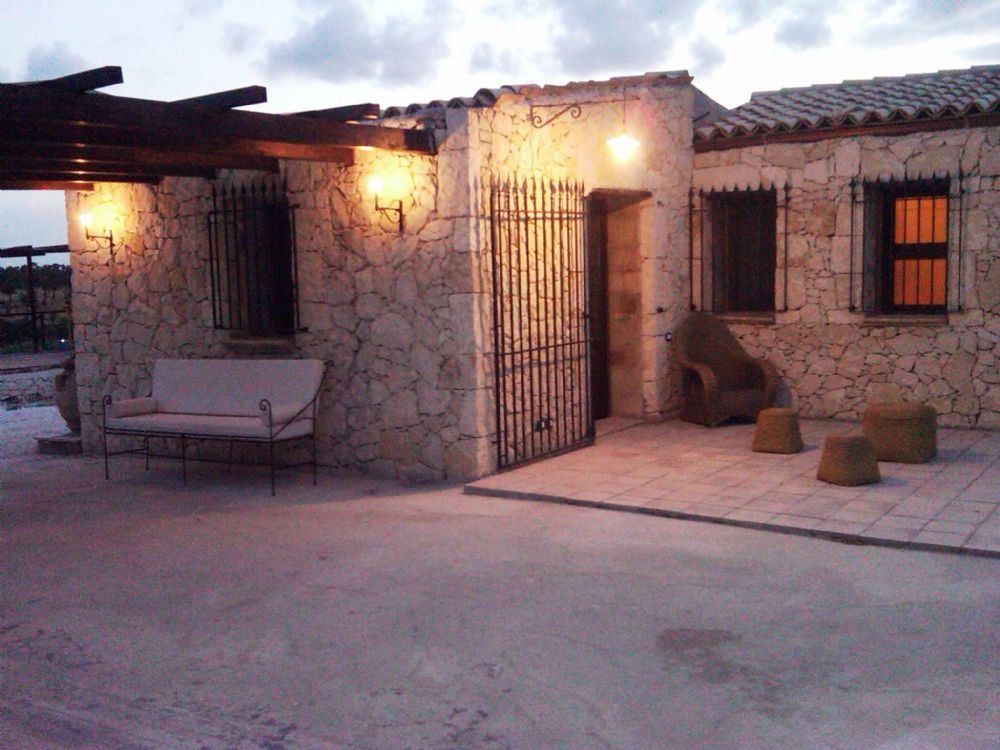 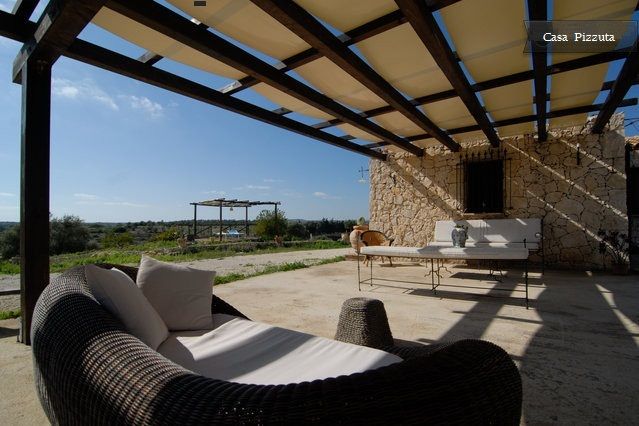 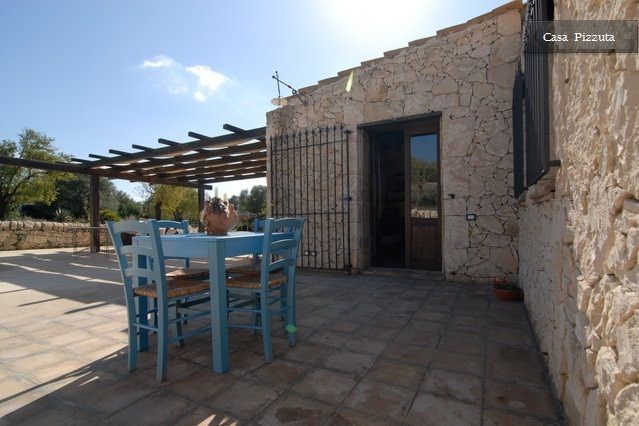 Casa Pizzuta has a large garden with many almond trees. The house has a large covered terrace and consists of a double bedroom, two beautiful bathrooms with bidet, shower and toilet and a living room with a basic kitchen, a dining table and a double sofa bed. The living room leads to a covered terrace. Further on in the garden there is another terrace with sun loungers and a beautiful view of the coast.

A white stone house situated on a hill with beautiful views of the coast of Vendicari. A dirt road climbs, starting with a pristine golden sand beach, inland and leads up to a gate. Behind this lurks Casa Pizzuta among the olive trees of a large estate that borders in the distance with the excavations of Eloro, a Greek city dating from the fifth century BC which it was destroyed during the conquest of Sicily by the Arabs. Casa Pizzuta offers the wonderful combination of beautiful natural environment, rural and marine together. At 600 meters from the house in fact, it is located one of the most beautiful beaches of Sicily, with its golden sand surrounded by fragrant hedges of rosemary, thyme, myrtle, boxwood and mastic trees, typical of the Mediterranean, and interspersed with white sandstone cliffs They immerse themselves in an incredible turquoise sea. To the south of this beach there is the coastal reserve of Vendicari that extends for 10 km until San Lorenzo, near the village of Marzamemi. Just north of the beach there is the small seaside resort of Lido di Noto, this has a promenade with cafes, ice cream shops and a beautiful beach. At 6 km is the baroque town of Noto, heritage of ‘UNESCO.